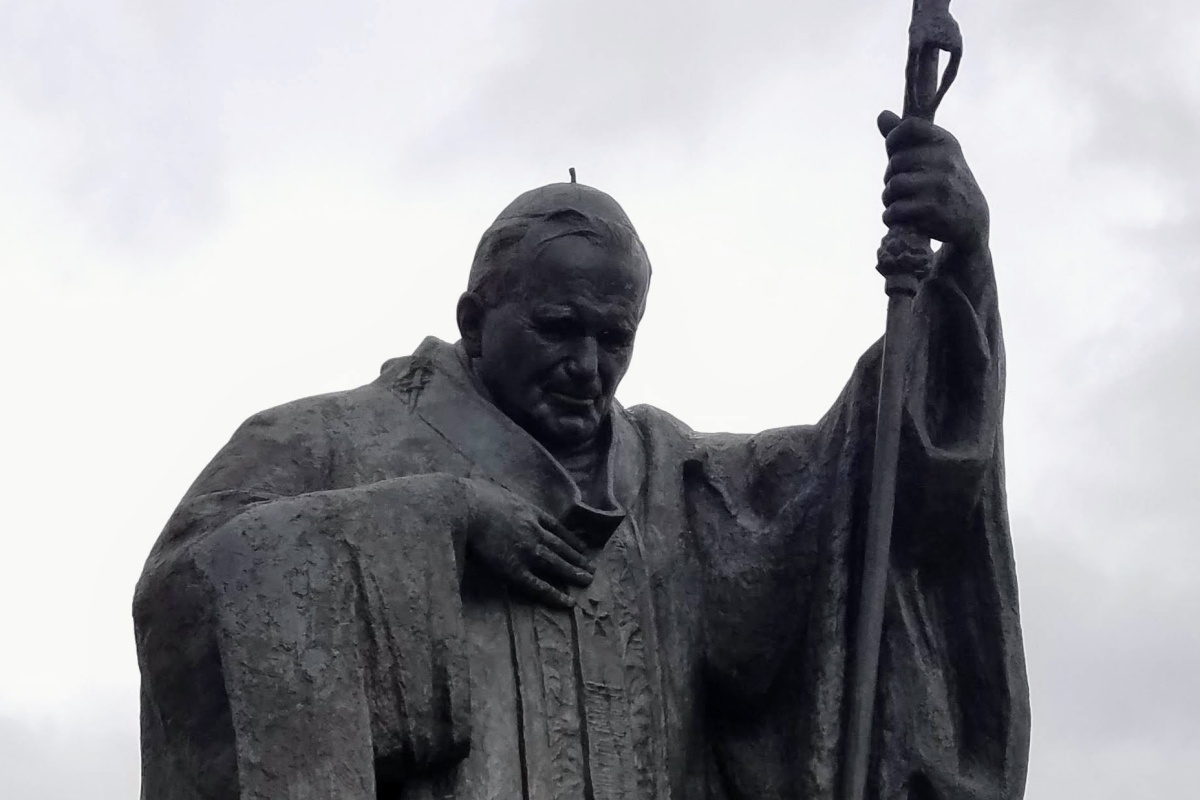 My train stopped at the end of the line, and as Google maps had deserted me once more, I hopped off, now relying on the interior compass, the quiet knowing of the pilgrim.

Hmm, shopping malls…Not what I expected.

How ’bout a crosswalk? No.

After crossing under the highway, the John Paul II Center came into sight. I made my way there in just under ten. The exterior of the complex looked fresh and new, especially in contrast to the bleak monotonous backdrop of the December skyline.

I decided to enter the church first to greet the Presence residing behind the closed doors of the golden box. As the candle burned red, I knew He was here, waiting for me; directing my steps so He would be found.

It is here that I drank deeply of the Spirit.

It was also here, where I saw with my own eyes, the blood stained robe of John Paul II, the old man kissing the threshold, who took the bullets for his Father and his flock; a good shepherd from the moment of his ordination as a priest.

As Pope, John Paul II was known for having said in regard to the attempted assassination that nearly took his life and stained his holy robe:

“One hand pulled the trigger and another guided the bullet.”

This shepherd’s goodness was so great that he not only forgave the man who shot him, but befriended him, thirty-seven years ago to the day of my pilgrimage here: the Feast of the Holy Innocents.

“Papa, help me to forgive my enemy too.” I prayed with want to my beloved saint. “And, please bless my family… All of (gulp) them.”

Praying that prayer was a grace, and a sign that I was getting closer to sincere forgiveness. But, I still kept thinking how much easier it is to forgive those who are sorry. My enemy was still intent on seeking my destruction. The cross of forgiving was mine.

Feeling that self-pity was seeking a place in my head, I finished quickly, with a simple, “Jesus, I trust in you.”

I made my way out, the heavy doors of the church closing behind me despite the formidable wind. I made a beeline to the building next door, the Archdiocesan Museum of St. John Paul II; the Pole who had perfected life.

Hey, thanks for checking in! Part 3 is coming soon. So subscribe. Also, what do you think? Share your thoughts below. Cheers! 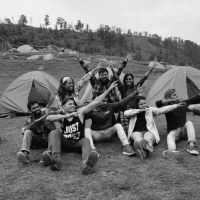