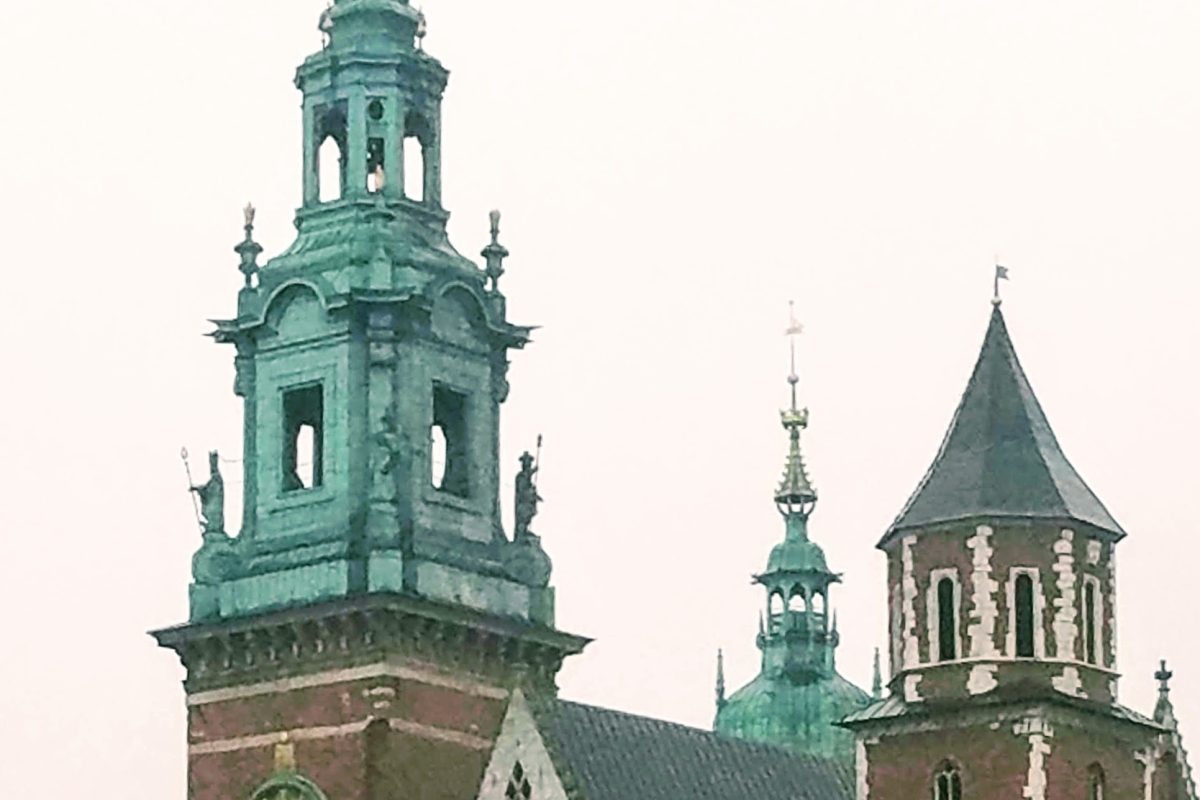 We stood there in it’s shadow, shivering not just from the bite in the midnight air, but also with anticipation of what we had both so longed for throughout our advents. With daring, he spoke his first words of broken English; wide smiles filled in where words were lacking.

The iron gate was still closed and a few others were embarking up the steep road that would lead to the ancient sanctuary where the tomb of Poland’s most beloved Stanislaus’ body rests. The gate began to be drawn by the guardsman. He motioned for us to enter and the two, who were now twenty, quickly made our way up the road to the great door of Wawel Cathedral.

There to meet us, as if the Trumpeter of Krakow himself, was a distinguished clergyman dressed in full medieval regalia announcing with tremendous vigor a greeting of great importance. All in POLISH. Of course.

As I passed, I quietly whispered, “Merry Christmas, Father.” with my very American accent. The priest’s stern face melted into a sweet smile and he allowed this American girl to enter Poland’s great treasure. As I entered I felt as if I had just stumbled upon a dragon’s hoard with all the glittering metal. I was truly taken back by the beauty of this Holy place.

I took a seat in a wooden monk’s stall not far from the alter. Kneeling on the stone floor like thousands of pilgrim’s before me, I thanked God for bringing me here safely. I asked my beloved, Saint Pope John Paul II, to pray for my family as he had prayed for his in this Cathedral at his first mass as a priest.

“Oh my God,” I began. “I offer up all my prayers, works, joys and sufferings of this pilgrimage, in union with this holy mass and those offered throughout the world. I pray…”

Baby Jesus was laid in the manger. The mass that I had traveled across the world for had begun. The cadence of the words spoken, though unintelligible to me, were intimately familiar, striking deeply in my heart. And then the miracle happened once again. God came down to dwell in his people. We were filled with hope.

Hey, thanks for checking in! More is coming soon. So subscribe. Also, what do you think? Share your thoughts below. Cheers!

One thought on “A Magical Christmas in the City of Saints: Krakow, Poland”